The Ultimate Guide to Knitting Needles 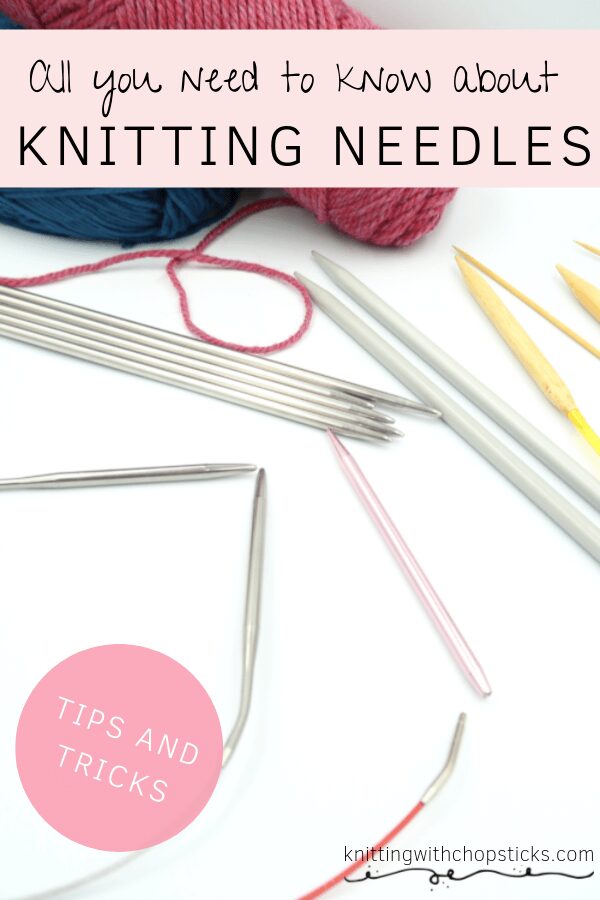 You’ve just started knitting and discover some unknown knitting jargon in your pattern’s material list? Or maybe you’ve been knitting for a while but you’re still confused about all these types of knitting needles you keep hearing about: DPN, circular, interchangeable? What the heck does all of that mean? I’ve knit for over 10 years thinking all knitting needles are straight with one pointy end on each needle and you need 2 of these to knit. They come in different sizes and that’s it.

I’ve started knitting as a little girl and my mom gave me her knitting needles and that’s what they all looked like, so I never questioned it.

Turns out, I was wrong. Very wrong. There are many more types of needles which allow you to make different kinds of projects.

No time right now? Pin this for later!

I don’t want you to miss out on their amazingness for as long as I did which is why I’ve written this clear overview for you. Throughout this post I’ll answer the following questions:

Let’s get straight into it.

There are 3 main kinds of knitting needles. Here are some quick links in case you’re looking for info on one type only:

Straight needles are probably the ones you already know about. They’re the ones everyone associates with knitting. They’re straight (duh!), usually about 30cm long and they have one pointy end and one blunted end with some kind of stopper to prevent your stitches from falling off.

You can make most things with this kind of needles, from scarfs to garments to blankets. But if you have a project with a lot of stitches like a blanket it can get pretty crowded on there. Also, you can only make flat pieces so you often need to seem them together if you want to create rounded shapes such as hats for example.

How to Choose your Straight Needles?

When I started out, I had no idea what I liked and disliked. The first needles I bought were these ones. Aren’t they gorgeous with their different colors mixed in the bamboo?

Turns out, I don’t like to knit with bamboo needles. Stainless steel needles grip much less to the yarn. This makes it much easier to slip the stitches from one needle to the other, especially if you work with synthetic yarns which tend to grip more than natural fibers.

So no bamboo for me anymore.

There’s another factor I like to consider when choosing needles. The ends have to be as pointy as possible. The pointier the end, the easier it is to slide the needle in the stitch where you want it to go.

I like to buy my needles in sets. This way I get all the sizes I might need and for a better price. This is the very simple set I use now.

Circular needles are sort of 2 in one needles. You have 2 pointy metal parts (or other material, I’ll discuss materials further down this section) which are similar to 2 straight needles but they are linked together with a cable of some sort (they too come in different materials, cfr below).

They come in many sizes. Both the thickness of the needle (as for straight needles) as the cable length can vary.

Circular needles are great for 2 kinds of projects:

I used to hate and avoid circular needles until I learned to knit continental. Now they’re my favorites and I tend to use them for every project I can. Depending on how you hold your needles you might prefer one type or another.

There are 2 types of circular needles: fixed and interchangeable

However, this means you can work on more WIP at the same time as your needles are completely independent of each other.

Interchangeable knitting needles make it possible for you not to have to buy every cable length and needle thickness combination out there.

With interchangeable circular needles, you can detach the cable from the needle part. This means you only need one cable of each length and one set of pointy needles of each size to make all possible combinations.

The good news is they are usually sold as a set.

The main drawback with interchangeable needles is to make sure the needle part doesn’t come loose from the cable part. When that happens and you’re in the middle of a project you can lose stitches and it can be a disaster. To avoid this get quality needles and check they are screwed on correctly regularly.

How to Choose Circular Knitting Needles

I started my circular needle adventure with this set: Bamboo points and aplastic cable, not an ideal combo. As I already mentioned bamboo grips the yarn more than stainless steel. And the plastic tube doesn’t hold well onto the bamboo and keeps coming loose.

I actually like fixed circular needles. There are some super cheap sets on Amazon which are super convenient for me who always starts 10 different projects at the same time. I have this super cheap set in 2 cable lengths. The drawback of cheap sets is the size is not mentioned on the needles. Thankfully someone invented these convenient needle gauges.

My main criteria for circular needles are:

I’m really happy with this very affordable set of interchangeable needles. I bought it to see if I liked working with interchangeable needles before investing in a higher-end set, but I haven’t felt the need to change yet. The size is not written on them but because they are color-coded and have a pouch to keep them organized I don’t mind.

But, if you’re ok to spend a bit more on your tools this is the set I asked for Christmas. It fits all the criteria above, comes from a reputable brand and has integrated rulers on the needles which is just genius as I keep looking for my ruler.

Double Pointed Needles (DPN) are shorter needles with a pointy end at each side. You usually use 4 or 5 of these at the same time. Don’t panic just thinking about that, it’s not as hard as it looks!

I love working with DPN as it gives me the flexibility to work in the round for smaller pieces such as the top of a hat, the end of a sleeve, mittens (check out the Simple Mittens for a good example) etc. With DPN you work in the round, working the stitches on one needle at a time and ignoring the other needles.

Want to give it a try? Sign up for my email list below and I’ll send you my Simple Hat PDF pattern for FREE. It’s a great pattern for your first DPN project 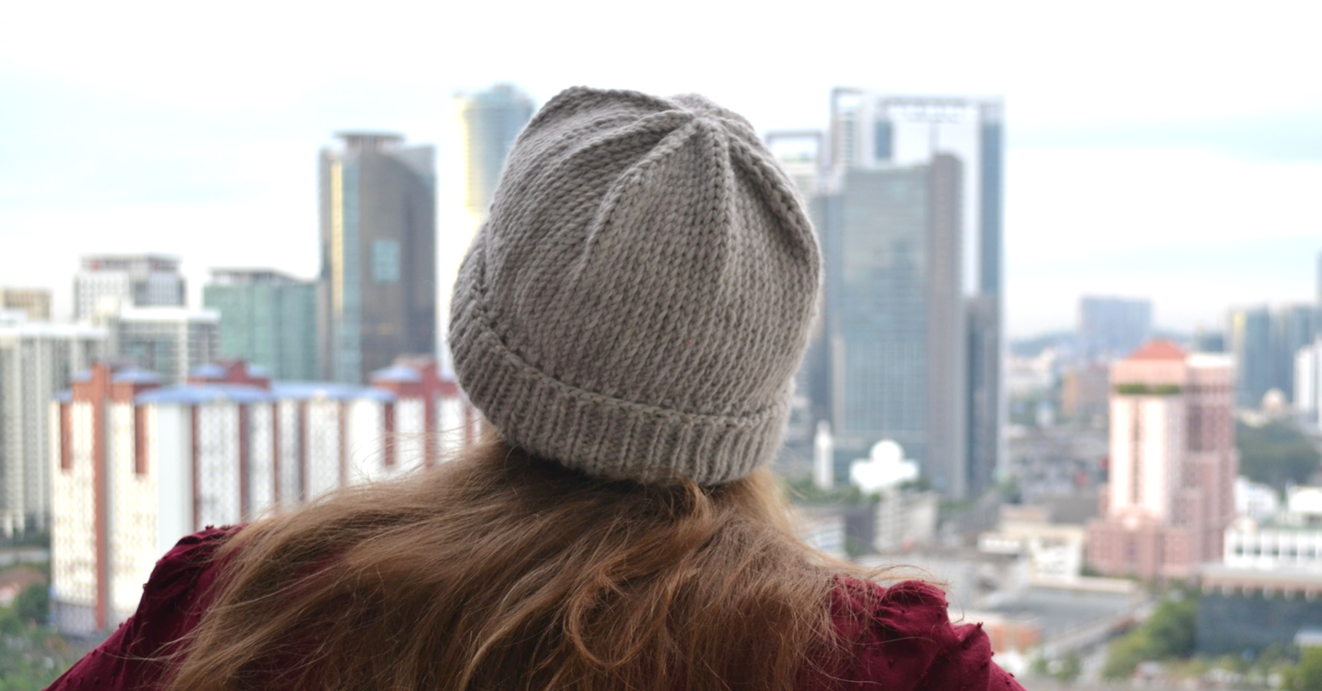 I also like to use DPN for projects knit flat but with short rows. This way I don’t have those long needles in the way. Have a look at the step by step pictures of the Aircon Scarf for example.

How to Choose your Double Pointed Needles Set?

Once again, there’s a lot of personal preferences in choosing your double-pointed needles set.

I only knit with stainless steel needles but if you’re new to DPN you might like to go for bamboo needles. As I mentioned earlier, bamboo grips the yarn more than stainless steel which is a drawback for straight and circular needles but can actually be an advantage for DPN. This way your stitches will slide off your needles less easily. As both ends are pointy it can be tricky in the beginning to keep all stitches on their respective needles.

Another aspect to consider is their length. Very short ones are easier to manipulate but you can put fewer stitches on them while very long ones are cumbersome. A good compromise is 20 – 25 cm.

To begin with, I recommend these bamboo needles. If you have some experience with DPN I use and love this super cheap set. They don’t have the size written on them which can be a burden if your not very organized but they each have their little pouch which makes it easier and you can always use a needle gauge.

Top Patterns for Knitting with Double Pointed Needles in the Round:

As you can see you can use most types of needles for most projects but some are more convenient in some cases than others. A pattern will usually mention which type of needle is recommended by the designer.

I hope this gives you a better idea of the options out there and what to do with all those tools. If you liked this post, don’t forget to share it!

I challenge you to make a project with a type of needle you haven’t tried yet! 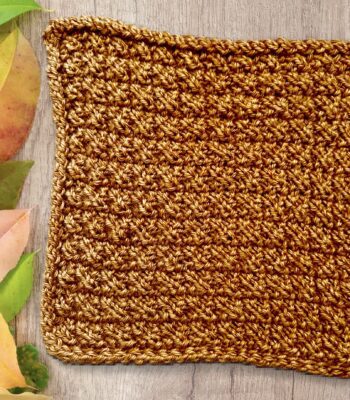 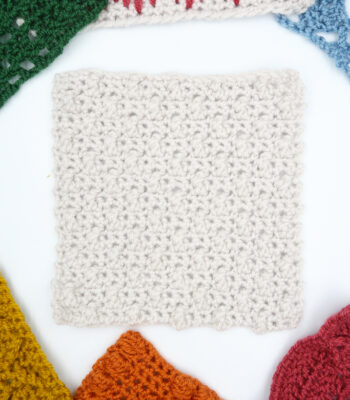 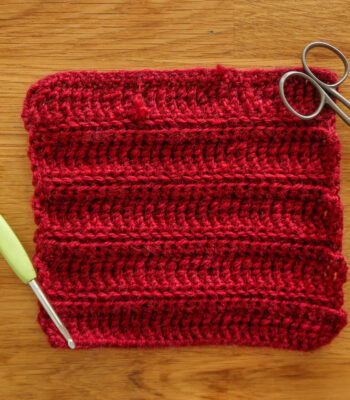 Hi, I’m Hortense! I use my passion for knitting and crocheting, along with my engineering background, to craft detailed patterns for beginners wanting to take the next step. Dive in, and let’s create something together! Read More... 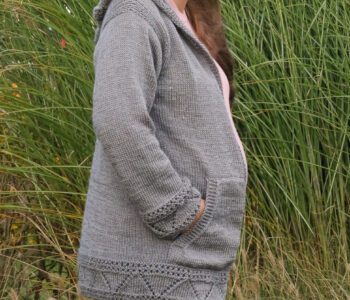 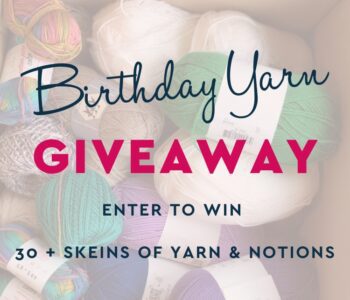 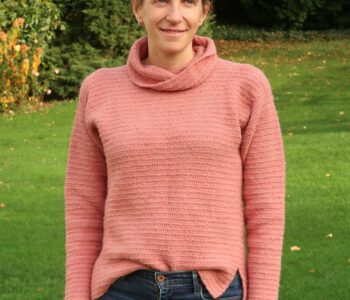 You may not share, sell or claim my patterns as your own. Please do not reprint, publish or post my material. You can make finished items to sell (i.e. on Etsy, at craft fairs) from my patterns but I ask that you link back to my blog knittingwithchopsticks.com and provide credit for the pattern. Please don’t use my photography if you use my patterns to make and sell finished product. You may have a description of my post and one picture while linking back to my site. Thank you!